Use of 2-Part Syringes in Chromatography

Use of 2-Part Syringes in Chromatography

Chromatography, meaning "color writing," is a method that chemists use to separate organic and inorganic compounds so that they can be analyzed. At its most basic level, chromatography is the separating of a mixture into its purest components.

Russian botanist, M.S. Tswett, invented chromatography in 1903. But there are earlier reports going back to 1855 of artists using parts of the technique to create dye for industrial textiles.

Nowadays, chromatography is used for everything from vaccinations to food testing to drug testing and everything in between. The F.B.I. even uses it when analyzing evidence. It’s estimated that over 60% of chemical analysis worldwide is done with chromatography or a variation.

As you can imagine, the syringes used in the chromatography process play an essential role in ensuring accurate and reproducible results. In this article, we discuss 2-part syringes for chromatography and share information that will help you decide which ones are right for your application.

To refresh your memory on the differences between 2-part and 3-part syringes, click here.

Benefits of 2-Part Syringes in Chromatography

According to a study conducted by the Chromatography Institute of America, 3-Part syringes used with intermediate polarity tetrahydrofuran and the non-polar methylene chloride, chloroform, and hexane produced “one or more large peaks in the chromatograms and also began to physically damage the syringes by swelling the black plunger tip to the point that once removed from the syringe barrel, it could not be reinserted.”

However, 2-Part syringes, such as NORM-JECT® or Henke-Ject® syringes, are ideal for any situation needing an inert, non-reactive syringe, like chromatography. They are latex-free, contain no rubber, no silicone oil, styrene, or DEHP. They are also more chemically resistant than rubber tipped syringes and manufactured from only laboratory-grade polypropylene and polyethylene.

In the same study conducted by the Chromatography Institute of America, NORM-JECT® 2-part syringes used for reversed-phase and normal-phase HPLC were found to be appropriate for use with organic solvents.

The most significant difference in the NORM-JECT® 2-part syringes was seen in intermediate polarity tetrahydrofuran and non-polar methylene chloride, chloroform, and hexane, since they were the interactions that caused the problematic outcomes for the 3-Part syringes.

According to the Chromatography Institute of America:

“The NORM-JECT® syringes performed very well and showed no signs of physical damage nor did they produce contaminating peaks in any chromatograms when challenged for 1 hour by any of the commonly used solvents. We highly recommend these all-plastic syringes for use in normal and reverse phase HPLC sample preparation procedures and expect them to perform well for other forms of chromatography analysis techniques such as ion-exchange, hydrophobic interaction, and size exclusion chromatography which uses various aqueous salt and buffer solutions during sample preparation protocols.”

You can read the Chromatography Institute of America’s full report by clicking here. 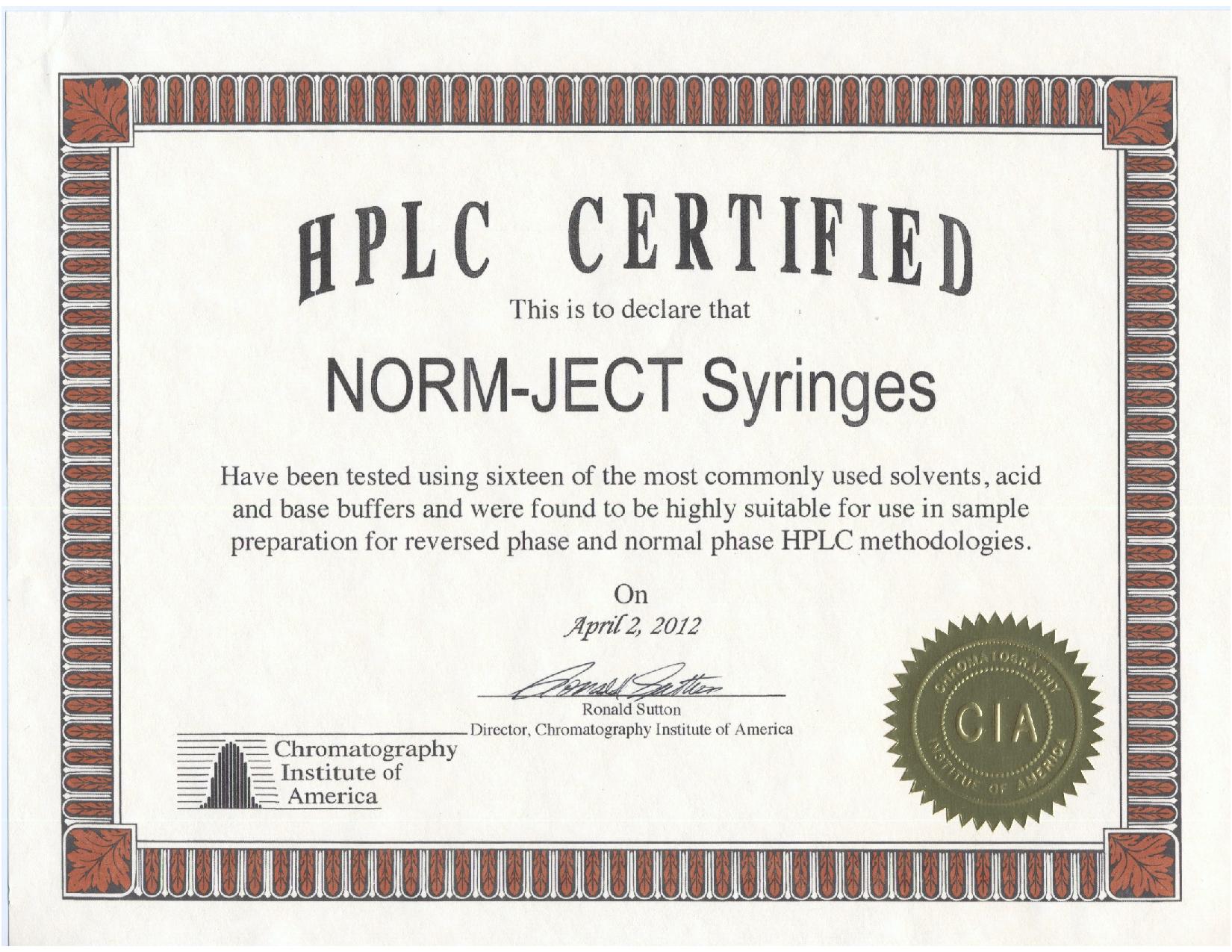 Generally speaking, the syringe you use depends on the solvents you’ll be working with and what you are analyzing for. You can use almost any 2-part syringe for chromatography unless it contains silicone oil. 3-part syringes can also be used; they’re just not optimal for every chromatography application, such as organic solvents.

None of our NORM-JECT® or Henke-Ject® 2-Part syringes contain silicone oil, latex, rubber, DEHP, or styrene. They’re ideal for chromatography applications that require a non-reactive and inert syringe.

They are all made from laboratory-grade polypropylene and polyethylene and have a positive safety stop that helps prevent accidental spills. These 2-Part syringes are more chemically resistant than rubber tipped syringes. 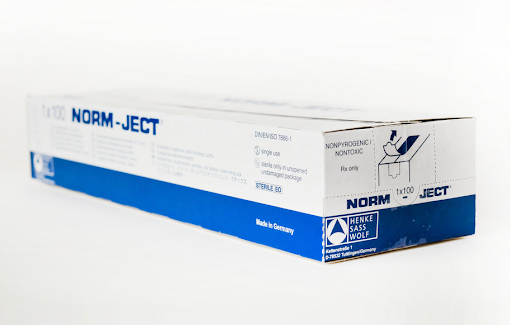 These syringes feature a luer lock tip to secure the needle hub and help prevent pop-off at high pressures. 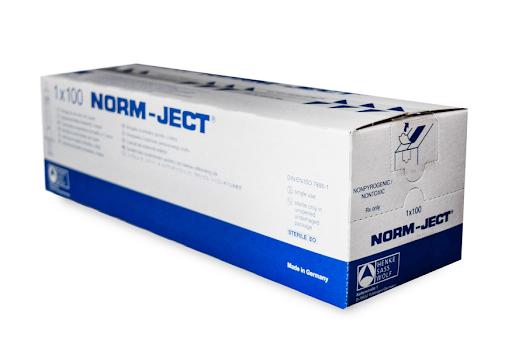 These syringes have a luer slip tip for quick and easy needle attachment.

Which Syringe is Right for Your Chromatography Application?

At Air-Tite, we carry 2-part syringes in a variety of sizes with differing tips, ideal for a wide range of applications. Contact us for more information, or click below to learn about our NORM-JECT® and Henke-Ject® syringes.

Learn About Our 2-Part Syringes